Morbegno used to be a small village that has been called "the living room of the Low Valtellina" since 1967. Now it's an industrial and commercial area where you can't but see the art painted, constructed and sculptured between the walls of its churches, streets, squares and bridges.

The sacred places of Morbegno

Severe and marvelous church of San Giovanni inspires you to think and reflect in peace, Sanctuary of Assunta that stands lonely and leaning in the shade of peaks of Orobie Alps, the museum complex of Sant Antonio, the museum of cloisters and frescoes dating back to the Pre-renaissance periods, San Pietro hidden between narrow quaint streets, San Martino - one can say outside the walls - a guardian of melancholic memories, a new modern church of San Giuseppe, spacious in the shape of a Greek theatre, a masterpiece of an architect Luigi Caccia Diminioni.

Among the outstanding places in Morbegno there is also a little votive temple in Ronco, rich with memories of "Quelli ora sparsi tra le anse del Don" and a state Library named after a great local politician E.  Vanoni, whose construction reminds of little walls surrounded by old vineyards.

Around the area, other sacred places arise such as a little church of San Rocco, the church of Angel the Guardian, the Blessed Virgin of Graces (Gisèta) and Madonna of Pedemonte (Madonnetta).

Along the streets of Morbegno.

Spacious and little squares, remains of big and small markets where people used to gather, go down the alluvial fan of Bitto.

And more squares, always busy with curious crowds and noisy Italians sitting at the tables of a bar.

Noble palaces steal the sunlight from the lower constructions: the palace Castelli di Sannazzaro (Town Hall palace); the newly restored palace Folcher; Gualteroni, which now houses the museum of Natural History where one can learn a lot about alpine flora and fauna; Malacrida Palace, a treasury of art; Melzi, a house of Delfino with a wonderful roof garden with the view on the torrent Bitto, colourful and fragrant when wisteria is in blossom.

From Scimicà, Bottà and Serta, we slip to the north towards the green river Adda, marked by an emblem and logo of Morbegno, where the solid Bridge of Ganda stretches to the coast line covered with vineyards.

Isolated terraces, which dominate in “Cech”, the result of hard work of the past, are now replaced by olive groves that prove that the climate is favourable now, almost tropical, suitable for walks even not in the hot season.

Destinations and paths leading to magnificent country landscapes are stretching along the both sides of the valley: from the settlement of Tartano to Bitto, following to Sacco, guardian, in "Camera Picta", from the alpine figure of the Wildman that goes back to 1464, to the skiing tracks of Valgerola.

You will feel an extreme temptation to experience unforgettable emotions with the “Fly emotion” in the Valle di Albaredo. You can literally fly over the gorges and canyons up to the alpine meadows of Bema, admiring the tall grasslands and northern summits of the far away Val Masino, see the vertical granite, with crystal clear waters and an oasis of biodiversity in the Val di Mello.

Here the gastronomic and hospitality amenities grow from family traditions and new possibilities of small business. A genuine and reserved welcome is offered to nature lovers going down from Lario.

Morbegno (Murbègn in Lombard, Morbend in German) is an Italian town with the population of 12 372 inhabitants in the province of Sondrio in the Lombardy region. The town is located at the "gates" to Valtellina, near the alluvial fan of Bitto, where Valle del Bitto di Abaredo and Valle dell Bitto di Gerola open in front of you, stretching to the opposite side of the valley, the coast of Cech. 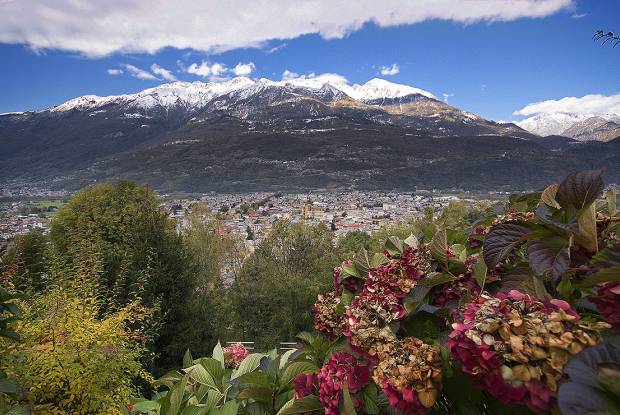 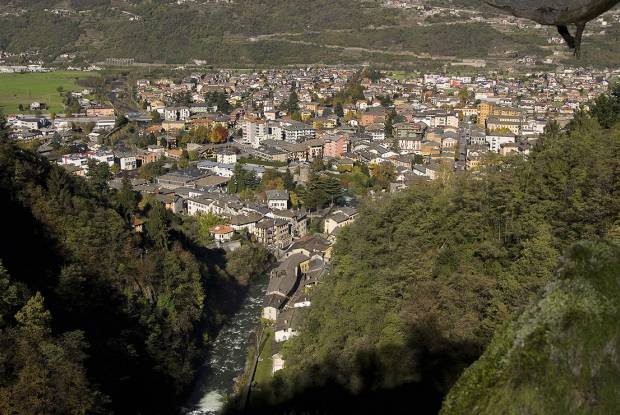 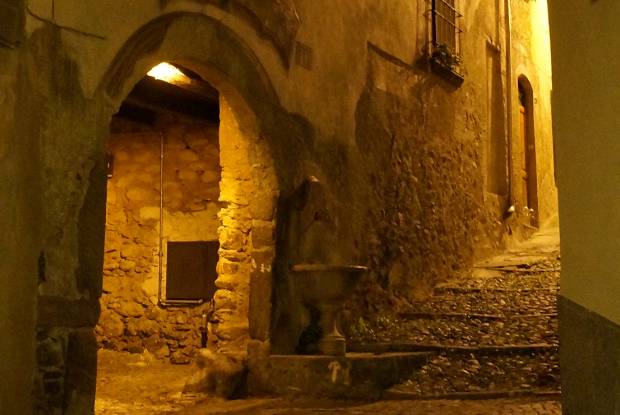 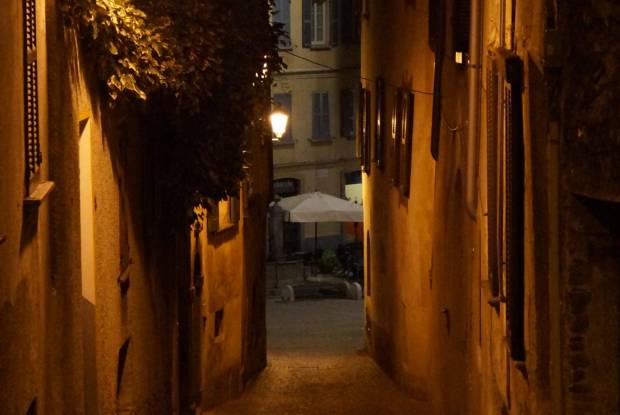 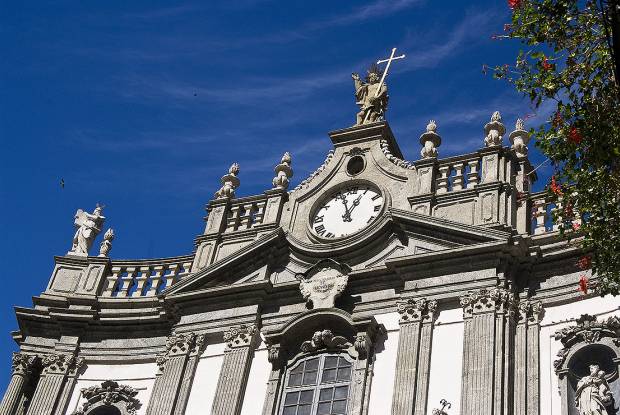 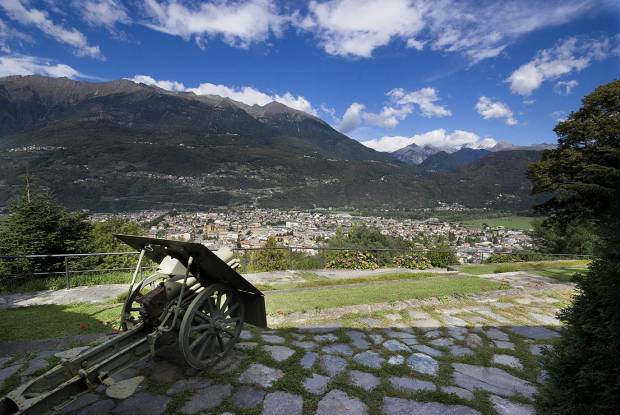 A lot of facilities that can be useful for cyclists, from the garage to the laundry

Within a stone's throw from the Valtellina Trail,
one of the most fascinating cycling lanes of Italy. 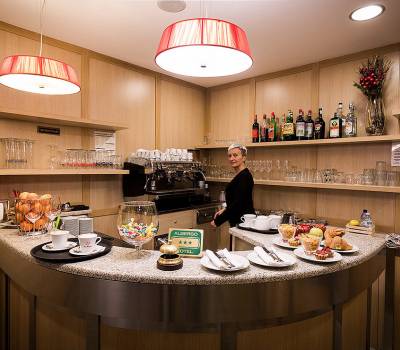 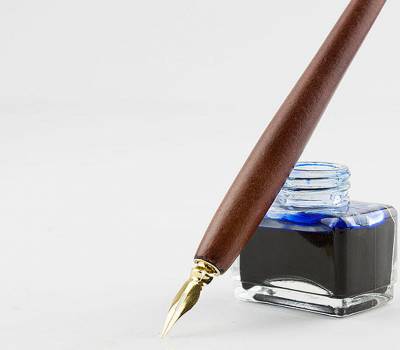 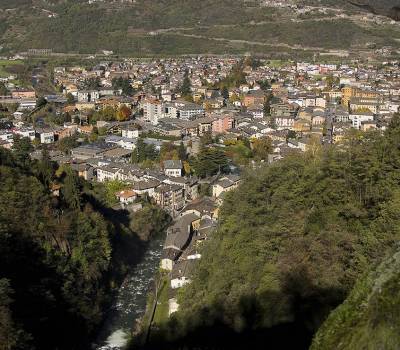 We are in Morbegno in Via Stelvio 180